Classic Rock Treasures from Faraway Lands at Nearby Locations

Two of my favorite places in the world (other than a live concert venue) are used book stores and used record stores. So here in Houston, Texas I spend a lot of time poring over the shelves and bins at the Half Price Books Records and Magazines chain. And with dozens of stores in 16 states, you may have been in one too.

But in addition to pre-loved books, LPs, CDs, DVDs, and cassettes and VCR tapes (remember those?) they carry an impressive amount of music imports mostly unavailable anywhere else in the U.S. Stuff that may make the music geek think in their heads (or say out loud) “Holy SHIT! I can’t believe I found this!”

The tasty aural offerings fall into three categories, and here are some cool recent finds of mine: 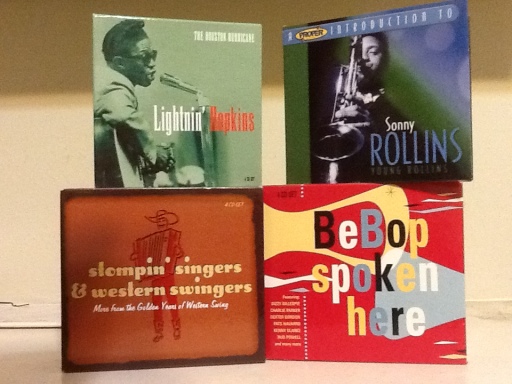 Box Sets, Anthologies, and Compilations
Some of the best examples of these items – especially for blues, jazz, folk, and country artists – come out of England’s Proper Records label. And whether it’s single (their “Introduction to” series) or multi-disc sets concentrating on one theme or artist, they are awesome in sound quality and usually include detailed liner note booklets.

One of my favorite recent buys was (for obvious reasons) Lightnin’ Hopkins: The Houston Hurricane. Covering recording dates from the years 1946-1955, it proves that, while many remember the suit, the shades, and the pompadour, it’s the urgent and unadorned country/city blues of Lightnin’ that is his sometimes overlooked legacy. 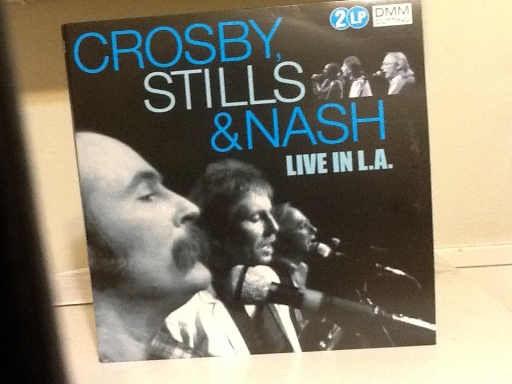 Live Concert Recordings on LPs
Due to often bizarre licensing agreements which might find, say, a whole series of Eric Clapton shows available in Japan but nowhere else, live albums that would never appear in the U.S. show up in other countries. And many of them are appearing strictly on vinyl to appease the newfound revival of the medium.

As a hardcore fan of Crosby, Stills, Nash (and sometimes Young), I was stoked to see this 2LP Live in L.A. offering from Holland’s BCD B.V. label. Capturing a 1982 L.A. show on the Daylight Again tour it (may) be the soundtrack recording from a videotaped show, judging from the album covers (though not the 1983 show from the tour in circulation and included on the DVD set CSN: The Collection). I also saw live sets from the label by other biggie classic rock artists and – like all the offerings mentioned in this column – were not used, but new and unopened.

Bootlegs and Unreleased Material
Ah, now here is the thing that makes music geeks cream themselves. And while their sound quality can range from crystal clear to fuzzily unlistenable, and the material was definitely acquired by, um, less-than-dubious sources, it’s the stuff that hardcore fans crave. And – increasingly in the CD age – comes beautifully packaged and with a quality that sixth-generation cassettes (remember those again?) and home computer-burned MP3s and CD can’t match.

One find was the 2CD Any World That I’m Welcome To credited to Steely Dan on England’s Delta Music label. But well before Donald Fagen and Walter Becker formed the group, they were songwriters-for-hire pitching their increasingly bizarre tunes while gigging as musicians for hire with Jay and the Americans.

This compilation features 30 of their demos, rough mixes, and Dan early takes with performances of both tunes the band never touched as well as early versions of “Caves of Altamira,” “Parker’s Band,” and “Barrytown.” And while the pair have uniformly denounced these tracks over the years (which have been out in many different forms), it a great insight into both the duo’s early songwriting abilities as well as their material’s development.

But the crown jewel of my recent Half Price Books find was Iggy and the Stooges’ Dirty Power from Argentina’s Music Brokers/Cleopatra labels. This 2CD set features unreleased songs, initial takes, and rehearsals from the Raw Power era of both songs which ended up on the record (“Search and Destroy,” “Gimme Danger,” “Death Trip,” and the title track among them), to ones that didn’t (“Scene of the Crime,” “I’m Sick of You,” “Head On,” and – yes! – “Cock in My Pocket”).

Also included are live cuts from earlier Stooges material, and raw mixes from Pop’s early solo efforts, including “China Girl” (which he co-wrote with David Bowie, though the latter had the hit), the semi-autobiographical “Dum Dum Boys,” and “Lust for Life” which took on a HUGE second life as the theme song for all those goddamn Royal Caribbean Cruse commercials. Though it was likely inspired by heroin use (Australian band Jet also lifted the guitar rhythm for their biggest hit “Are You Gonna Be My Girl?”).

So even if you think you have all the music by your favorite act, there is a world of other things to add to your collection out there. But you’ve got to look for it – though it’s easier today than ever before.

Note: OK, before you cynics out there ask (and believe me, I would too) the management of Half Price Books have nothing to do with this blog entry, nor have I been paid to write it. It’s just a fucking cool store. Search their inventory nationwide at www.hpb.com)

I am a passionate fan of classic rock (and related music) with nearly 30 years experience writing about it for daily/weekly newspapers and magazines. I am also the author of "Slippin' Out of Darkness: The Story of WAR." Available on Amazon!
View all posts by Bob Ruggiero →
This entry was posted in Bootlegs, Classic Rock, Imports, Uncategorized and tagged Crosby Stills and Nash, CSN, Half Price Books, Iggy Pop, Lightnin' Hopkins, Steely Dan, the Stooges. Bookmark the permalink.