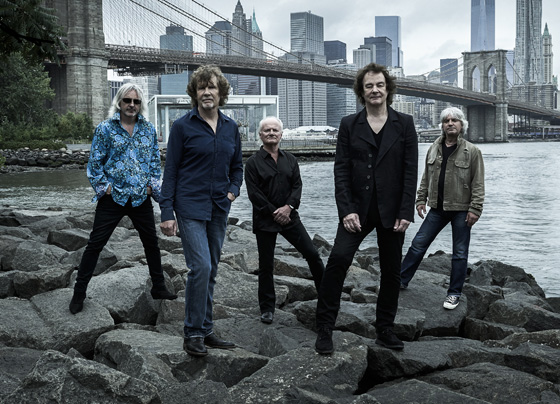 2015 turned out to be pretty good year for the Zombies. They released a well-received album of new material (Still Got That Hunger). And they embarked on a tour that saw surviving original former members Chris White and Hugh Grundy – join current members and originals Rod Argent and Colin Blunstone – to perform Odessey and Oracle in its entirely, before the current lineup closed out the show.

Before those developments, though, I spoke with Blunstone about the band’s legacy, music, and Argent’s intensity.

So imagine this sonic scenario.

You are a member of a ‘60s British Invasion band looking to distinguish yourself from various Beatles, Stones, Kinks, Animals, Pacemakers, Hermits, Troggs, and Pretty Things.

Your group has had a couple of Top10 hits in America a few years before, both nothing that was sustainable careerwise. Or reflective of the new, heavier, and trippier sound that is in vogue.

Then – partially to the thanks of a well-known U.S. record industry insider and fan who brings a copy of your most recent record back across the pond – one song goes into heavy rotation on radio and is picking up steam.

Interest and curiosity in your band begins to surge, inquiries are made from promoters about tours, and the music press begins to take note.

Unfortunately, your band has already well-broken up by the time that “Time of the Season” hits #3 on the Billboard chart in 1968. Most bands would make a mad dash to reform and take advantage of the situation. But not the Zombies. 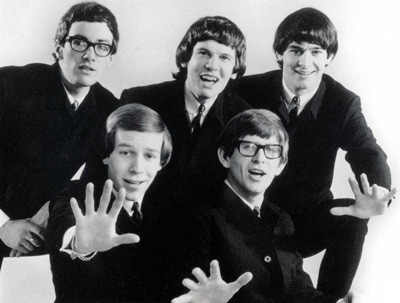 “I know that all of the other guys felt it was the absolutely right thing to do. There was never even a conversation about getting together again,” Zombies vocalist Colin Blunstone says today from his home in England.

“Rod [Argent, keyboardist/vocalist] and Chris [White, bassist] were already committed to their new band, Argent, and writing new songs. Sometimes, I do wonder what would have happened if we had kept going, because they were on such a really wonderful streak writing for the Zombies, and I would have loved to have seen what we could have done next. It does intrigue me.”

Instead, the Zombies became a short-lived, but much beloved group for their mixture of pop (“Tell Her No”), R&B, garage (“She’s Not There”) and psychedelia, which culminated in their masterpiece/swansong, Odessey & Oracle.

After the split, the five original members pursued careers both in and out of music. Argent had the most successful run with the band under his name (“Hold Your Head Up”) with White along as writer/producer. And Blunstone had a decent solo career in England.

Blunstone, White, and drummer Hugh Grundy briefly reunited in 1990 for a record and tour. But the last time all five appeared together – including guitarist Hugh Atkinson – was for a few numbers at a small club gig in 1997 to celebrate the release of their box set, Zombie Heaven. Atkinson, who had spent his post-band years as a respected music A&R man, died in 2004.

Blunstone and Argent began collaborating again in 1999, which led to touring and new records. Though originally, they did not use Zombies name or play more than two or three Zombies tunes in a set.

“Our intention was not to reform the group, and we didn’t use the name for six or seven years. But it got to a point when promoters were billing us like that, even though they weren’t supposed to,” he says.

“Our audiences wanted more and more Zombies music, and it was a pleasant surprise. As was when we found out there was a huge interest and fascination in the group all these years later.”

Finally, with the blessing of the rest of the original lineup, The Zombies reconstituted, with ex-Argent/Kinks bassist Jim Rodford (who was, ironically, also in a very early lineup), son Steve Rodford on drums, and Keith Airey on guitar. Tom Toomey later replaced Airey.

The band has released two records of new music, including 2011’s Breathe Out…Breathe In. They are finalizing material for another effort that they’ll start recording after the current U.S. tour, and are including some songs in the current set including “Movin’ On.”

“I can say emphatically that if we didn’t have new music, we wouldn’t be doing this. New music is the life force of artists,” Blunstone says, bluntly. “Neither one of us would be interested in just playing the tunes of the ‘60s. At the same time, we love to play both the old hits and the [deeper cuts] that we are now rediscovering.” 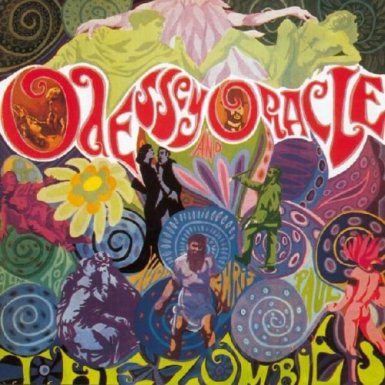 And while Blunstone writes songs mostly for his parallel solo career, most Zombies tunes flow from the pen (or computer screen) of Argent.

“For him, the sound of the lyric is important, maybe moreseo than the actual words, and that’s how he typically writes. It’s very sophisticated,” Blunstone says of the man he has known for more than 50 years.

“Rod can be very single minded, but every band needs someone like that. He was incredibly talented, even at 14, 15, years old when we met. And he’s incredibly generous and supportive.”

So as the Zombies continue to march forward (though not as slow as their brethren on “The Walking Dead”), Blunstone is very pleased to see that the band – and their work in the ‘60s – is getting more and more their due.

“I think we have been getting more recognition and attention in recent years, and it’s really great,” Blunstone sums up. “It validates everything we did back then!”

A version of his article originally appeared in The Houston Press

For more on the Zombies, visit www.thezombies.net

I am a passionate fan of classic rock (and related music) with nearly 30 years experience writing about it for daily/weekly newspapers and magazines. I am also the author of "Slippin' Out of Darkness: The Story of WAR." Available on Amazon!
View all posts by Bob Ruggiero →
This entry was posted in Zombies and tagged Colin Blunstone, Rod Argent, The Zombies. Bookmark the permalink.