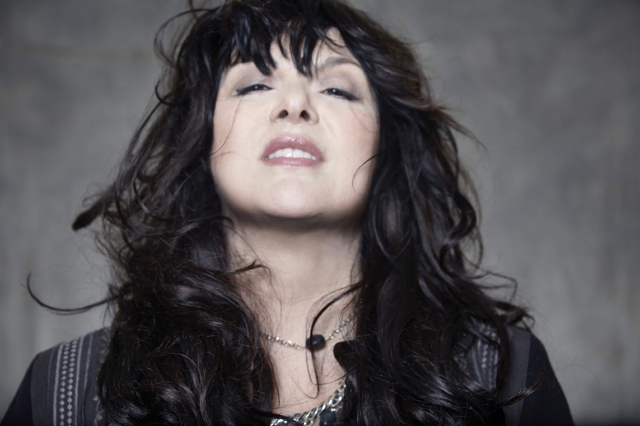 More than four decades into her career as one of rock’s premier and most distinctive vocalists, Ann Wilson recently wrapped up she’s never attempted before: an extended solo tour.

“We have a very lean, mean band, nothing extra. Great musicians that can go big or gentle, and a full video program for the whole two hour show,” she says enthusiastically. Of course, her main gig since the mid-‘70s has been co-leading the band Heart with sister/guitarist/co-writer Nancy (sidetrips with the Lovemongers and The Ann Wilson Thing! Notwithstanding).

Inducted into the Rock and Roll Hall of Fame in 2013, Heart racked up an instantly recognizable string of hard rock hits in the ‘70s (“Crazy on You,” “Barracuda,” “Magic Man,” “Straight On”) and enjoyed even greater success in the ‘80s with anthemic power ballads (“What About Love?” “Never” “These Dreams,” “Alone”).

But – as even non-Heart fans know by now – plans for both Ann’s solo tour and Nancy’s new group, Roadcase Royale, weren’t exactly percolating a little over a year ago, or even thought about. That’s because in one of the most jarring recent music stories, at the moment the Wilson sisters are estranged – very estranged.

In a nutshell, there was an incident last year at a show involving a tour bus, a dog, and an intense physical altercation between Ann’s new husband and Nancy’s twin 16-year-old boys. It opened a gaping rift between the siblings usually thought of as perhaps the closest personally and professionally in all of music.

Ann and Nancy Wilson in the ’70s (www.heart-music.com

Some month ago, Rolling Stone did a comprehensive piece on the incident and its aftermath, tellingly telling the magazine that the group was no longer on a “temporary hiatus,” but an all-out “hiatus.”

Still, there is one positive outcome, and that Ann agrees it has forced both sisters to step outside of their boxes with their current projects

“We are definitely out of our comfort zone and for me, it’s fantastic fresh, and liberating. I can’t say anything negative about it – except for the money!” Wilson says. “But it’s really good for me, and I’m sure for Nancy.”

Surprisingly, a gander at Ann Wilson’s current set lists show less than 25% are Heart songs – and they are “reimagined.” The rest includes new original tunes written in the last year and covers, a lot of covers.

Mainly from her own personal music faves like the Who (“Won’t Get Fooled Again”), Jimi Hendrix (“Manic Depression”), the Animals (“We Gotta Get Out of This Place”), Yes (“I’ve Seen All Good People”), Elvis Presley (“One Night”), Aretha Franklin (“Ain’t No Way”), and even the Black Crowes (“She Talks to Angels” – the lyrics of which she says she “really identifies” with).

But there’s nothing it seems from Ann Wilson’s biggest rock heroes – Led Zeppelin – a group for which she has been known to cover a song or two or three over the years.

“What I liked about them at first was Robert Plant,” she offers. “I had never seen a singer before who could be just as much female as male. It was a beautiful thing, very poetic. I thought I could sing that stuff, and I could.”

Perhaps the ultimate fangirl moment was when Ann and Nancy were chosen to perform ultimate Zep tune “Stairway to Heaven” in front of the surviving members themselves and a star-studded audience in 2013 when the band received their Kennedy Center Honors.

Beginning with just Ann’s voice and Nancy’s acoustic guitar, as the tune progresses they are eventually joined by a full band (including Zep progeny Jason Bonham on drums), an orchestra, a vocal ensemble, and then a whole damn full gospel choir.

“We couldn’t really see them from the stage, but it was pretty nerve-wracking. I mean, in addition to Led Zeppelin, you had President Obama and the first lady, Dustin Hoffman, and Stephen Colbert!” she says. “It was a very intense, famous audience.”

Portions of this article originally appeared on The Houston Press.

I am a passionate fan of classic rock (and related music) with nearly 30 years experience writing about it for daily/weekly newspapers and magazines. I am also the author of "Slippin' Out of Darkness: The Story of WAR." Available on Amazon!
View all posts by Bob Ruggiero →
This entry was posted in Heart and tagged Ann Wilson, Heart, Nancy Wilson. Bookmark the permalink.