Classic rock fans might not see the connection between intricate, musically adventurous Progressive Rock and all-you-can-eat shrimp and shuffleboard tournaments. But increasingly, fans of this genre – or Southern Rock, or blues, or country, and even Rick Springfield or KISS – have gathered on the high seas on cruise ships on the high seas packed with hardcore fans enjoying concerts, Q&A sessions, workshops and…shrimp.

Recently, Jon Anderson – the legendary former lead singer of Yes embarked on the “Progressive Nation at Sea” jaunt, while his former bandmates headline “Cruise to the Edge.”

Anderson – who also just wrapped up a career-spanning solo tour – has done a couple of these events and grown to like them, despite initial reservation. “It ends up being a good time for me and my wife. And this time, we’ve got a balcony and a patio. And we won’t eat too much!” he says in a high voice that lends credence to the fact that he does not sing in falsetto.

Anderson’s own tour mixed (of course) the classic rock warhorse tunes of Yes, solo material, collaborations with other artists like Vangelis, and a seemingly unstoppable flow of new music. It’s a lower key affair that the stadium and amphitheater locations he used to play with Yes.

The most recognizable songs, of course, came from his lengthy service with the group and material like “Long Distance Runaround,” “Roundabout,” “I’ve Seen All Good People” and “Owner of a Lonely Heart.”

The tour was the direct result of a journey he began about six years ago after recovering from vocal difficulties which began in 2004 and that saw the cancellation of a 2008 Yes tour. It led to the group he co-founded jettisoning him rather than wait any longer for his recovery, and he was replaced with Benoit David, the very Anderson-sounding lead vocalist of a Yes tribute band (their current lead singer is Jon Davison).

“People were very receptive to my solo shows,” Anderson – who says he’s fine now and “sings every day” to keep his voice in shape. “And if I’m having a good time, the audience is as well.”

Yes – along with Deep Purple – are probably the two highest profile acts not in the Rock and Roll Hall of Fame who absolutely should be. Both were in the initial ballot for induction this year, but didn’t make the final cut. And while it speaks to what many fans of hard rock, metal, and prog rock see as a bias against their favored genres, Anderson is confident that soon the Hall will say yes to Yes. 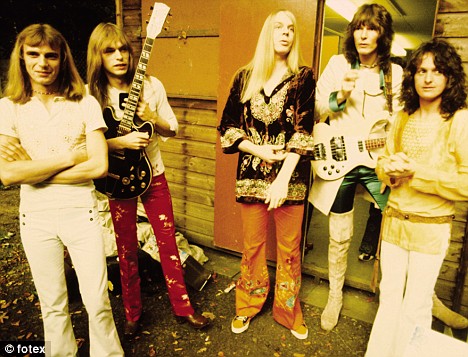 “Bands like Yes and Deep Purple and Jethro Tull and Emerson, Lake & Palmer have sold millions of records, and we actually connected musical eras,” he says. “It’s something I don’t dwell on much, but I think if it happens, I’ll be very happy, especially for the fans.”

He also says that’s the most likely chance for him to reunite with his former bandmembers – if only for a few songs at the one-off ceremony. “I have communication with them now for a few business things, but generally, they are doing their thing. I’m in touch with Alan [White, drummer] now and again because we were very close. But Steve [Howe, guitar] and Chris [Squire, bass], not really. We all have our lives to live, and you just get on with things.”

“I’m making new music all the time,” he says, ticking off a list of projects and collaborations filling his plate these days. A 22-minute suite, Open, was released as a digital download in 2011. Interestingly for one of the leading lights of “progressive rock” music, much of his work is being created with the help of the Internet. It allows him to collaborate with other artists he has never laid eyes on.

“The other day, I was singing on this track from a composer in Italy, and now we’ve done four songs together. I made another track and sent it to a friend on the internet, and now we’re talking about putting a band together this summer,” he offers.

“And I was in Iceland two months ago with a guy I’ve known on the internet for four years. I sang with his band a small orchestra. It was magic! There’s so much music, it kind of drives me crazy most of the time!”

Anderson also sees the Internet as his preferred way to release music now. “I’m just trying to figure out a better way to get the music out there than making a CD or having a contract,” he admits.

“I’m also trying to create an app where fans can have a new song from me every week or two weeks,” continues Anderson. “That’s a lot quicker than going through a record deal or making a video. We’re just living in a different world now. You can work with musicians at their home or on a laptop. The world has become a studio!”

And that’s a world where a band like Yes — prog-rock kings known for long song suites, mystical themes and shifting time signatures — might not have a chance in hell of success if they appeared today.

“The band was brilliant for five or six years,” Anderson recalls. “But then everybody had a life and it became difficult for us to get in the same place at the same time. And we had a [changing lineup]. Sometimes the albums were a little lopsided. But that’s music and that’s life.” 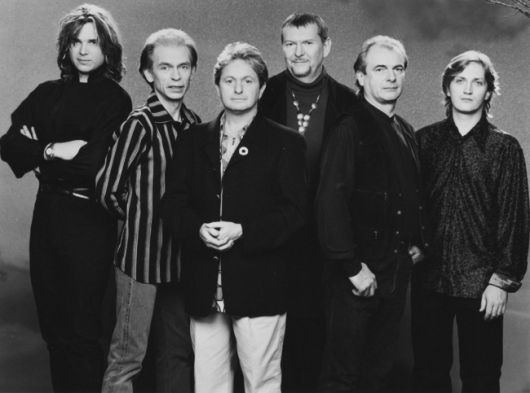 What surprised even the members of Yes was the amazing career resurgence they had with 1983’s 90125. The album produced three catchy hit singles — “Owner of a Lonely Heart,” “Leave It,” and “It Can Happen,” with a smaller success for “Hold On.”

While other classic-rock contemporaries were sometimes struggling with adapting to a video age, Yes embraced the medium. And MTV embraced the innovative videos, putting them in heavy rotation, especially the creepy clip for “Owner.”

MTV showed the edited clip, but the full-length version with prologue is even more bizarre, featuring a prologue and band members shape-shifting into animals.

“We had a great time touring around the world and being No. 1,” Anderson says. “It was a wonderful and unexpected experience.”

Though he adds that while he wanted to take the band back more to its prog-rock sound with follow-up Big Generator, others in the group wanted to continue the more commercial sound blazed by 90125 producer Trevor Horn and guitarist Trevor Rabin.

As to the term “prog rock” to describe his music, Anderson says that the term is “kind of OK” and it “doesn’t bother him,” but notes that it’s limiting.

“I do creative progressive music, but I’ve also worked with symphonies and operas and even rap and hip-hop,” he says.

A longer version of this article originally appeared in The Houston Press.

I am a passionate fan of classic rock (and related music) with nearly 30 years experience writing about it for daily/weekly newspapers and magazines. I am also the author of "Slippin' Out of Darkness: The Story of WAR." Available on Amazon!
View all posts by Bob Ruggiero →
This entry was posted in Yes and tagged Alan White, Benoit David, Chris Squire, Jon Anderson, Jon Davison, Rick Wakeman, Steve Howe, Yes. Bookmark the permalink.