John Oates Still Has a Lot on His “List” To Do 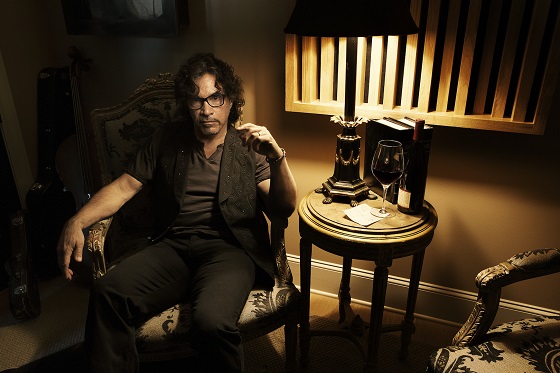 John Oates has a lot to love about his career these days. Long after their records made regular appearances on the Top 40, Hall & Oates maintain an enthusiastic fan base and sell out shows.

Last year saw the release of Daryl Hall & John Oates: Live in Dublin, a DVD/2CD package of a July 2014 gig at the historic Olympia Theatre. The concert was also recently shown in theaters across the country.

And while both had played the Land of Erin as solo artists, this was amazingly their first visit to the island as a duo.

“There’s not a lot of firsts in the Hall & Oates career at this point, and this was such a legendary venue. And we knew the [Irish] fans would be happy to see us,” Oates says. “The show sold out in an hour, and we wanted to document it.” 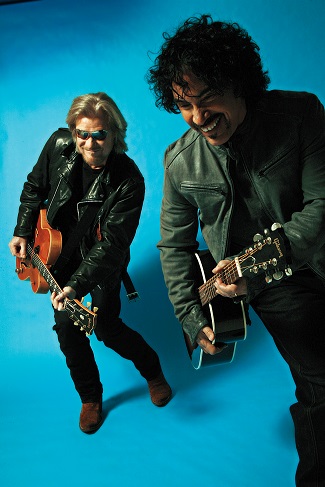 But it also included a number of older, deeper cuts like “It’s Uncanny,” “Do What You Want, Be What You Are,” and “Las Vegas Turnaround” – the last a rare track in which Oates takes lead vocals. He says they try to balance their set list to please everyone.

“We have a professional responsibility to play the hits, and we’re proud of them. They’re still popular because they’ve stood the test of time,” Oates says. “But it’s one of our problems – we have too many hits and we can’t play them all. Though it’s a problem that a lot of groups would love to have.”

Oates says he would love to do a tour of nothing but deep cuts for hardcore fans – possibly in smaller venues. But he admits it might be a tough sell.

“We have over 400 songs together, and there is some amazing music that people aren’t familiar with,” he adds. “And it’s part of the long range plan. I’m pumped up about that idea.”

Watching Live in Dublin, one really gets the notion of just how important the saxophone is to the music of Hall & Oates. And since the mid-‘70s, those sounds have come from the mouth of Charlie “Mr. Casual” DeChant.

With his long gray hair and beard, he stands in striking physical contrast to the rest of the backing band, all far younger. Oates says there is both a peace and familiarity to having him onstage and in the studio.

“He’s the only surviving member of our ‘70s band. I’m very aware of [his presence] and take special notice of our moments on stage, especially since he stands near me and we interact a lot,” Oates says. 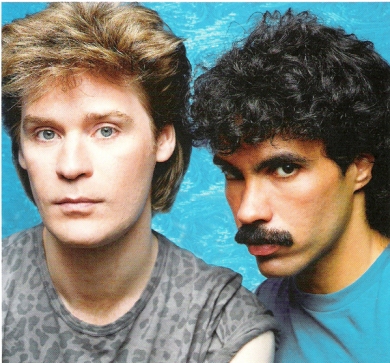 Hall & Oates in their peak commercial period. Oates’ mustache went on to pop culture fame of its own.

“I look at him through the lens of the fact that every moment with Charlie is special, because someday he might not be there. And I think of that with Daryl too. But we have a young band that brings passion and excitement to the old material, and it’s really kicked Daryl and me in the butt!”

Hall & Oates had been eligible for the Rock and Roll Hall of Fame since the late ‘90s, and were inducted in 2014 after their first appearance on the ballot. Oates says he wasn’t losing over any sleep over not being in, and that the band’s fans felt it was a bigger issue than he did.

“They were honoring us for a lifetime of achievement in pop success, and that’s great and it’s been nothing but positive being in there,” he says.

But in fact, both Hall and Oates maintain healthy solo careers outside of their two-man act, Hall most noticeably with the “Live From Daryl’s House” podcast and now television series.

“I’m [best] known for my pop work with Daryl, which is perfectly understandable. But I had a whole musical life before I met him when I was 18. I started playing guitar at six, and I was always into traditional American music like folk, blues, and bluegrass,” he says. 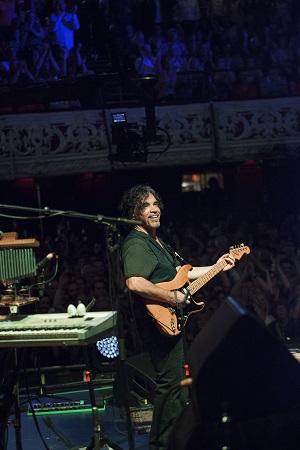 Daryl Hall & John Oates playing their sold out show at the Olympia Theatre on Tuesday, 15 July 2014. Photo by Kathrin Baumbach/Courtesy of Eagle Rock

“So I’ve gone back to my influences like that in my solo career, and it’s great to be in that world. I wanted to extend the life of the project with Another Good Road. The band was great, and I even put some newer songs in there.”

Of course, it’s the older, soundtrack-of-your-life songs that keep concertgoers buying tickets to Hall & Oates shows. Songs which often first came to their fans’ attention first via a seemingly ubiquitous presence on MTV.

The duo’s videos – in which their backing band also got appearances – often were fun to watch and must have been even moreso to film. Though John Oates has another view.

“I am going to be brutally honest, I didn’t care for any of those videos. I never wanted to be an actor, messing around in stupid costumes in front of a curtain,” he says.

But a “perfect storm” of a new video channel needing content and bands looking for non-radio exposure, made the relationship between media and musicians symbiotic.

When pressed, Oates says his least-cringeworthy video is for the song “Out of Touch” because it was “so weird and over the top.”

“I’m not a nostalgic person who lives in the past. I’m way more interested in writing new songs and doing new things,” Oates sums up. “And I have so much positive stuff going on right now, I can’t absorb it all!”

A version of this interview originally appeared in The Houston Press.

I am a passionate fan of classic rock (and related music) with nearly 30 years experience writing about it for daily/weekly newspapers and magazines. I am also the author of "Slippin' Out of Darkness: The Story of WAR." Available on Amazon!
View all posts by Bob Ruggiero →
This entry was posted in Hall & Oates. Bookmark the permalink.