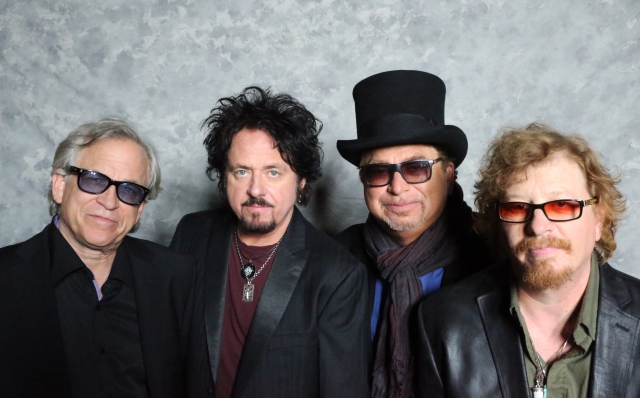 This is a piece I did last summer on Toto and Steve Lukather – just in time as they are about to embark on another jaunt across the country!

‘Tis the season of summer, which also means it’s the time of the year for the increasingly popular Classic Rock Package Tour.

It really is a win-win for both sides. Fans get to see two or three like-minded acts from the same era on the same bill, bands get to play for larger audiences, and maybe – just maybe – create some new fans. And sell more post-show Greatest Hits CDs in the process.

“I know some people are going ‘I don’t know. Toto with ‘Rosanna’ and ‘Africa?’ Is this shit going to work? I fucking hate ‘

Africa!’” he says, in mock voice of disgust.

“But if you go deeper into our catalogue, you’ll find there’s a little bit more to it, and the [bands] are a lot closer than you think. All of us love prog rock, and bands like Gentle Giant. And some of us have worked with those guys from Yes before, so there is a connection. [Yes guitarist] Steve Howe is a huge influence on me. I used to line up to buy tickets to see those Yes tours when I was in high school.” 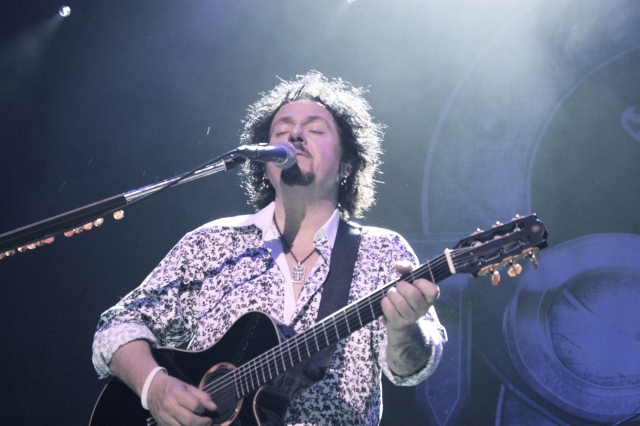 And, indeed, Lukather is right. For while best known for ‘70s/’80s hits like “99,” “Hold the Line,” “I Won’t Hold You Back” and – yes “Rosanna” and “Africa,” a deeper listen to their catalogue shows more proggy material.

The band of well-versed studio and stage musicians came together when several of them worked with Boz Scaggs on the Silk Degrees record (with Paich co-writing much of the record) and subsequent tour. “I was 19 when I went on that tour! If it wasn’t for Boz, there probably wouldn’t be a Toto,” Lukather says. Deciding to form a band, they released debut Toto in 1978.

Earlier this year, the band dropped Toto XIV – their first studio effort in nearly a decade. And indeed, the tracks sound more prog than pop, with a surprising number tackle social and political issues (and the occasional power ballad).

The 57-year-old Lukather says that it’s not what the band consciously set out to do, but speaks to the evolution of, well, their lives. 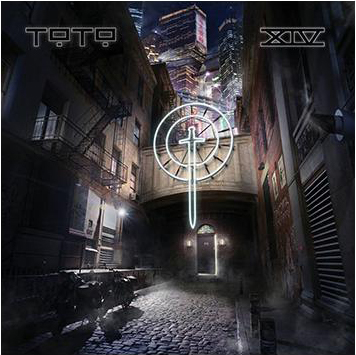 “Imagine us! Older men wanting to talk about something beside getting high and going to the club and getting girls. We’ve lived through all that shit already!” he offers.

“We didn’t set it up to get topical, but it happened. You wake up, get a cup of coffee, turn on the computer and, boom! The bad news begins!” he says. “We’ve lived through death, destruction, divorce, children, various addictions, and we are still here. So we write about what’s going on now, not just goofy lyrics to wrap around guitar solos. Which we have done in the past!”

One of the record’s key tracks is “Holy War,” whose subject matter is not exactly hidden. Nor is Lukather’s distaste for its presence and provocateurs.

“We live in Dick Cheney’s world where war is money and destruction of people is good. I mean, the war in Afghanistan. Has anybody ever one that? Why do we keep slamming our heads against the wall?” he says.

“I don’t think if Jesus came down from the sky and looked at he world right now he’d be very pleased at what is going on. He’d be like, ‘what the fuck are you guys doing down there?’ And that’s non denominational.”

For the song “Unknown Soldier (For Jeffrey),” Toto turns its attention toward the after effects of conflicts and the people caught up in them. And while Lukather says he is squarely on the “peace and love” side of things, he does hail from a military family with an ex-Marine father and uncle who served in Vietnam.

“I saw what war did to my uncle. He was a hopeless alcoholic because of what he saw over there,” Lukather says. “I have the deepest respect for our troops who serve us. But I wonder what the end result is sometimes.”

Finally, the sometimes sorry state of Planet Earth also gets attention in “Running Out of Time.” 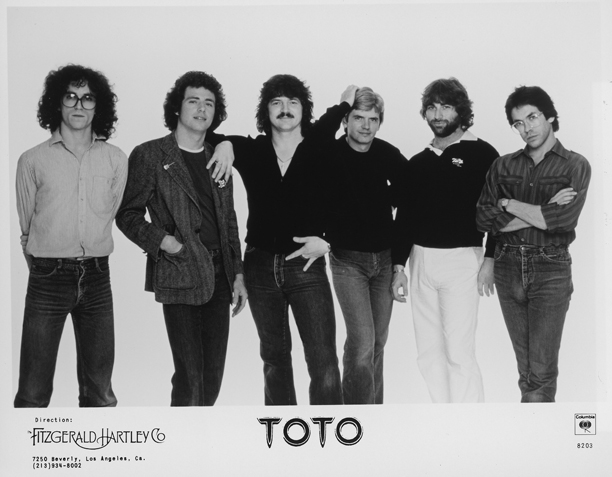 “I live in California, where we have a really gnarly drought and they still have money for trillions of gallons of water for fracking,” he says, voice rising into sarcasm. “Fracking on a fault line where there are nuclear plants next to the ocean…just seems like a bad idea to me. What could possibly go wrong?”

At one point in their career, Toto was almost a brother act, boasting not only Steve Porcaro, but two of his siblings: Jeff on drums, and Mike on bass.

Jeff Porcaro died in 1992 at the age of 38 after spraying insecticide at his home—though there is much discrepancy between family, band members, and the official coroner’s report as to the actual cause or causes. Mike passed in March of this year from the affects of ALS, years after retiring from the group in 2007 upon being first diagnosed with the disease.

Lukather was with Porcaro the day before he died, and the situation has been the catalyst for a lot of reflection on his part.

“Mike used to say ‘I’m melting,’ and it was hard to watch somebody go through that. He could barely suck in some air to breathe the last time I saw him. ALS is the most cruel, horrendous, and vicious disease,” he says.

“And his poor parents. And Steve and his sister. To have two brothers die from the same family? That’s not supposed to happen. I have four kids, and if I had to bury two of them, I’d never smile again. But nobody wanted him to suffer anymore. You wouldn’t do that to an animal, much less a human being.”

So Lukather takes the tack of keeping the literal band of brothers’ music going both with Toto and his inclusion playing group’s hits with Ringo Starr and His All-Star Band (as he did last October at the Woodlands Pavilion).

After the current Yes/Toto show wraps up, Lukather will join Ringo for more touring this fall, followed by an overseas trip with Toto. Asked what it’s like performing every night with the now 75-year-old Beatle, Lukather still gushes like the teenaged Fabs fan he once was.

“I really love that man. I’m so happy for all the goodness in his life, and I’m a better person for knowing him. The Beatles are why I play music and I have also played with Paul and George. So it’s come full circle,” he offers.

“But sometimes I forget! I turn around and go ‘oh, that’s RINGO playing drums. He’s everything you would want him to be and more.”

As for Texas, Lukather has “fond memories of insanely beautiful women” and notes he had “outrageous parties” in the state. Though is also quick to point out, as a “reformed” person, won’t be partying like the old days this time around.

And while this interview was conducted before the death of Chris Squire, the sole remaining original member of Yes, he feels that the band’s fans will nonetheless click during each of their respective 90-minute sets.

I am a passionate fan of classic rock (and related music) with nearly 30 years experience writing about it for daily/weekly newspapers and magazines. I am also the author of "Slippin' Out of Darkness: The Story of WAR." Available on Amazon!
View all posts by Bob Ruggiero →
This entry was posted in Toto and tagged Steve Lukather, Toto. Bookmark the permalink.