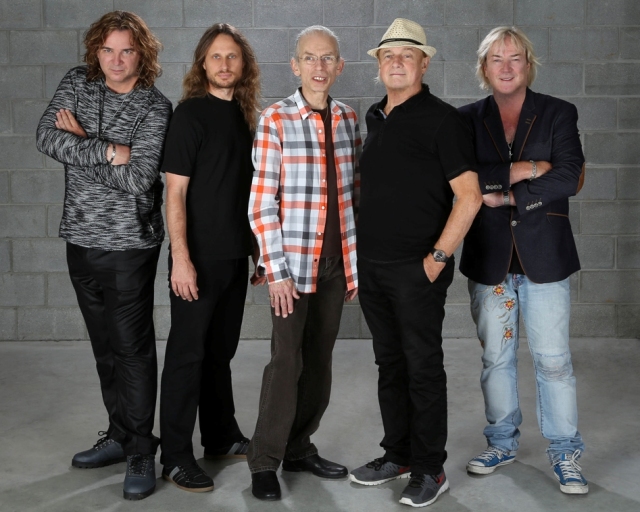 One of the most egregious exclusions from the Rock and Roll Hall of Fame was finally remedied last year when Yes joined the list of inductees. Formed in 1968, they are one of the titans of Progressive Rock, mixing classical and symphonic elements, intricate and complex musicianship, and themes of space and fantasy in their lengthy catalog.

Fans were extra thrilled when all of the eight surviving inductees (except keyboardist Tony Kaye) performed several of their biggest hits together. Rush bassist Geddy Lee standing in for co-founder Chris Squire, who died in 2015. With a litany of lineup changes over the years of Yes Men (as well as a bevy of splinter groups with names like law firms, and leavings, and returnings) Squire was the only constant.

For drummer Alan White, that made it a bittersweet moment standing on that podium with his trophy. “Well, it’s been anticipated by a lot of people for a long time. And when we actually got nominated that was great, and when we got inducted, it made a lot of difference for us,” drummer Alan White says. “And everyone was thrilled. It’s just sad that Chris Squire never got to see it. He is sorely missed.”

White has been behind the kit for Yes since 1972 when original drummer Bill Bruford left to join King Crimson. His percussive work has appeared on plenty of classic Yes albums including Tales from Topographic Oceans, Relayer, Drama, and 90125 – the latter of which brought the band a surprise revival in the ‘80s and made them fixtures on MTV. 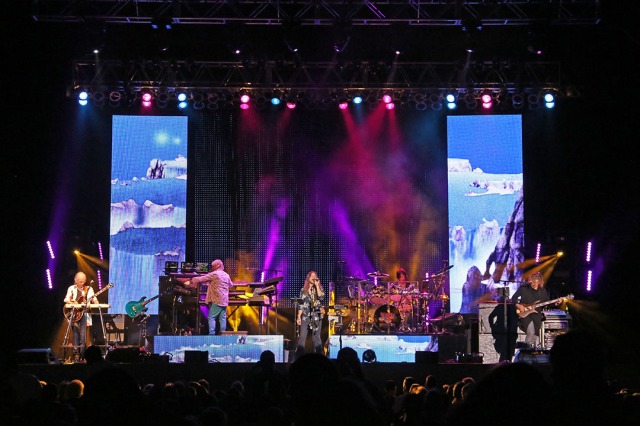 Yes, or at least the main version of it (more on that later) was on the road last summer headlining their own “Yestival” with support acts Todd Rundgren and Carl Palmer’s ELP Legacy. White has a particularly affinity for fellow skin thumper Palmer, the last surviving member of Prog’s greatest trio (sorry, Rush fans) after the recent deaths of Keith Emerson and Greg Lake.

“I’ve known Carl since the early ‘70s. ELP and Yes always had a little bit of a competition between the bands, and then between us as drummers,” White says. “But we get on really well now, and have developed a relationship over the years.”

But during his band’s set, White was not the only drummer onstage, as guitarist Steve Howe’s son, Dylan, will be behind a second kit. It isn’t the first time that Yes has done this, and they pair are still “working out” the parts.

The three acts that make up Yestival, of course, are a Prog Rock lover’s dream. And all figure prominently in Dave Weigel’s recent history of the genre, The Show That Never Ends.

White doesn’t particularly care for the label “Prog Rock” – or any other labels for the band’s music – like classic rock of symphonic rock. But does realize its usefulness as a sort of musical shorthand.

Finally, one wrinkle that has come up recently is over the name of Yes itself. Prior to the band’s induction into the fall of fame, previous members Jon Anderson (vocals), Rick Wakeman (keyboards), and Trevor Rabin (guitarist), formed a splinter group called ARW, playing mostly Yes material. It’s been reported that Anderson had a sort of gentlemen’s agreement with co-founder Chris Squire that the latter would have sole use of the name.

Roger Dean – whose work graces the covers of many Yes albums – is the go-to Prog Rock artist. This is the gatefold cover for “Tales of Topographic Oceans.” Atlantic Records cover

Since Squire’s passing, though – and shortly after the induction ceremony – ARW changed their name to law firm sounding “Yes featuring Jon Anderson, Trevor Rabin, Rick Wakeman.” Both bands will be on the road this fall, and it has divided Yes fans and members themselves.

This won’t confuse Yes’s more ardent followers, but it’s muddier for the ticket-buying fan who only knows that they like “I’ve Seen All Good People,” “Roundabout,” “Long Distance Runaround,” and “Owner of a Lonely Heart” on the radio.

For his part, White is nonplussed and will leave the bickering to his bandmates, current and former, on both lineups. He’s just happy to play.

“I’ve been in the band for 45 years now, and as far as I’m concerned, I’m just carrying on being in Yes. We’re just carrying on doing what we did,” he sums up. “I have no opinion about that…or what [others] do.”

A version of this story originally appeared in The Houston Press.

I am a passionate fan of classic rock (and related music) with nearly 30 years experience writing about it for daily/weekly newspapers and magazines. I am also the author of "Slippin' Out of Darkness: The Story of WAR." Available on Amazon!
View all posts by Bob Ruggiero →
This entry was posted in Yes. Bookmark the permalink.