On the surface, actor Matthew McConaughey, writer Stephen Harrigan, photographer Mark Seliger, actress Jennifer Holliday, and musician Boz Scaggs may not have a lot in common. But as of this year, they’ve all got the same thing to display in their homes: A Texas Medal of Arts award.

Bestowed biennially upon Texans for a lifetime body of work, Scaggs – who grew up in Plano and later attended school in Dallas – was among 11 recipients who received the award this past February in a ceremony in Austin with Gov. Greg Abbott. The evening also had a performance aspect, which Scaggs happily participated in.

“It was like a full blown concert! I did a couple of songs that people know me for like ‘Lowdown.’ And I had some Texas guests with me. Jimmie Vaughan sat in and also Ray Benson from Asleep at the Wheel, along with some friends from L.A. and Chicago.”

For now, Boz Scaggs is back on the eternal road, this time in support of his record, Out of the Blues (Concord Recordings). But despite the title of his new record, it’s not the one most steeped in the blues, according to its creator. 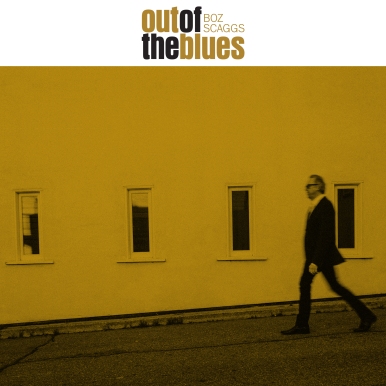 “Well, I also think about my album Come On Home from the late ‘90s. That was the closest I’ve gotten to pure blues material,” he says. “What I wanted to express with this one was that a lot of things I’ve done came out of the blues idiom. Some of the songs could be classified as rock, and it has had a lot of play in the Americana market, believe it or not. I wanted to expand on what the blues is and what I’ve done with it. The Grammy nomination it received was for Best Contemporary Blues Album. Whatever that means!”

Growing up in Texas,  Scaggs says blues music was “all around” – though he also absorbed the New Orleans-based style of the genre. Out of the Blues includes both originals and covers, including two versions of songs originally performed by Bobby “Blue” Bland on the Houston-based Duke-Peacock label.

And while notorious record executive, producer, and Duke-Peacock owner Don Robey is the credited as the sole writer on both “I’ve Just Got to Forget You” and “The Feeling is Gone,” many music historians have arched their eyebrows (and pens) at that, uh, assignation.

“Well, let’s just talk about Bobby’s material, because that’s what I know more about [on Duke-Peacock],” Scaggs says. “We were coming up and learning to play the music that was around us – let’s call it the indigenous music of Texas – like Lightnin’ Hopkins and Freddie King and Jimmy Reed. Bobby and those productions of his were more sophisticated and the arrangements more complex and progressive. So while we were learning from a lot of artists, his music was sort of a step above.”

Scaggs also notes that Bland’s music borrowed more from jazzy roots and American traditional music, with more complex chord changes, voices, and harmonics than that of traditional blues. “You had to go to school a little bit to learn how to play that stuff!” he laughs. “They didn’t spare anything to support Bobby and that enormous voice.”

“Little Miss Night and Day,” is Scaggs’ sole original on the album (co-written with multi-instrumentalist Jack “Applejack” Walroth, who also contributes other songs). In liner notes for the album, Scaggs calls the scatted vocals over layered guitars “one of the happiest, most joyous things I’ve ever recorded…and the band gave me everything that I’ve ever wanted out of a Texas shuffle.”

Historically, Boz Scaggs is best known for a run of hits in the late ‘70s/early ‘80s including “It’s Over,” “Lido Shuffle,” “Lowdown, (all from his breakthrough 1976 album Silk Degrees), “Jojo,” “Breakdown Dead Ahead,” and “Look What You’ve Done to Me” – the last off the Urban Cowboy soundtrack.

A 5x Platinum seller, Silk Degrees remains the one Boz Scaggs album most likely be in his concert audience’s collection. The work was nominated for a slew of Grammys in 1977, and Scaggs took home “Best R&B Song” for “Lowdown,” which he co-wrote with Toto’s David Paich (in fact, much of the rest of Toto were also involved with the recording and touring at the time). Audiences on this current tour can expect to hear material from the album, along with other tunes spanning a long career over a variety of genres from rock and blues to jazz, ballads, and R&B.

“Silk Degrees is of course…it was of the time itself. It has legs and the songs were good and the arrangements were good. It was the culmination of a lot of things I’d done to that point,” Scaggs reflects today. “And by working with the studio musicians I landed with in L.A., I gained a new freedom of expression. It was the right [album] at the right time in the right place, combining black music and popular music traditions of the time. It was a serendipitous landing, at a time where music was a very important part of people’s lives.”

A version of this story originally appeared at HoustonPress.com

I am a passionate fan of classic rock (and related music) with nearly 30 years experience writing about it for daily/weekly newspapers and magazines. I am also the author of "Slippin' Out of Darkness: The Story of WAR." Available on Amazon!
View all posts by Bob Ruggiero →
This entry was posted in Boz Scaggs and tagged Boz Scaggs. Bookmark the permalink.