Even in terms of rock and roll pairings, they seemed like a truly odd couple of musical collaborators. But more than 40 years ago, singer/guitarists Lou Reed and Nils Lofgren worked on a baker’s dozen of tunes, and nearly half of those are making their public debut on Lofgren’s latest solo release, Blue with Lou (Cattle Track Road Records).

It was 1978 and Lofgren was working with fabled producer Bob Ezrin on some solo material. Lofgren had the music, but wasn’t really confident with the lyrics. Ezrin suggested that he get together with someone he had also produced: Lou Reed. Lou Reed? The famously gruff rock Prince of Darkness, who didn’t suffer fools – or other musicians – gladly?

“I take public reputation with a grain of salt, and I was always a fan of Lou’s so I didn’t have any issues there. But he’s…Lou Reed! Wonderful artist. Doesn’t do much co-writing,” Lofgren says today. “I thought the idea was beautiful, but I was surprised and grateful that Lou was up for it, and it worked in grand fashion.”

Interestingly, Lofgren and Reed found some non-musical bonding over…sports. Both were avid NFL fans, and when they watched a 1978 match at Reed’s apartment between his favorite Dallas Cowboys and Lofgren’s beloved Washington Redskins, a friendship was sealed. There was also whiskey involved. Long story short, Lofgren sent Reed a cassette with some of the song embryos in rough form. He heard nothing for weeks. Then the phone rang.

“He woke me up at 4:30 in the morning raving about the cassette – though in his understated Lou Reed way,” Lofgren recalls. “He had completed 13 sets of lyrics and wanted to dictate them all to me over the phone right then! So not to lose it, I put on a pot of coffee and spent the next two hours taking very careful dictation.”

After some further tweaking, the songs started to appear. Three each in 1979 on Reed’s The Bells and Lofgren’s Nils records, and two more trickled out on Lofgren efforts over the ensuing years. That left five unheard, unrecorded tracks left: “Attitude City” (inspired by the strutting Brooklynites of Saturday Night Fever), “Give,” “Talk Thru Tears,” “Don’t Let Your Guard Down,” and “Cut Him Up.” Reed died in 2013.

“Once we lost Lou, I knew it was time for me to share the rest of the songs,” Lofgren says. 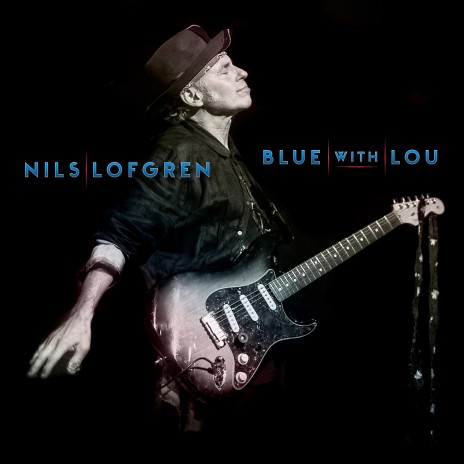 For the 12-track Blue with Lou, Lofgren also included his version of their “City Lights” (the Charlie Chaplin-inspired number previously released by Reed). The passing of Reed also inspired the title track, a Lofgren original. As did the deaths of Tom Petty (“Dear Heartbreaker”), and his and wife Amy’s dog, Groucho (“Remember You” – the Lofgrens are big dog advocates).

“We always saw Tom and the band when they had a Phoenix date, and they didn’t have one on that tour. So Amy and I treated ourselves on a trip to Denver to see him at Red Rocks, and I’m so glad we did,” Lofgren says. “I think the last time they were an opening band was for me in 1977! I go way back with them, and Benmont [Tench, Heartbreaker keyboardist] and I have become great friends and he arranged for us to have a quick visit with Tom. Amy and I spoke with a lot of rage and sadness after he died, and we still do. I had no intention of writing as song about him, but the music kept coming. And it’s the music [of Petty’s] that we still have to remember him with.”

Blue with Lou was recorded with just Lofgren (vocals/guitar), Kevin McCormick (bass), and Andy Newmark (drums) in Lofgren’s home studio. Joining the trio for the tour (which stops in Houston May 31 at the Heights Theater) will be Lofgren’s brother and former Grin bandmate Tom on guitar and keyboards, along with backup singer Cindy Mizelle, a familiar face at Bruce Springsteen and the E Street Band shows.

“It’s a remarkable thing. I’m so used to playing alone or with my friend Greg Varlotta on acoustic songs – we did that the last time we came through Houston. But this is a beautiful, overwhelming cast of characters,” he says, adding that it’s been about 15 years since he hit the road with his own band who also played on the record. 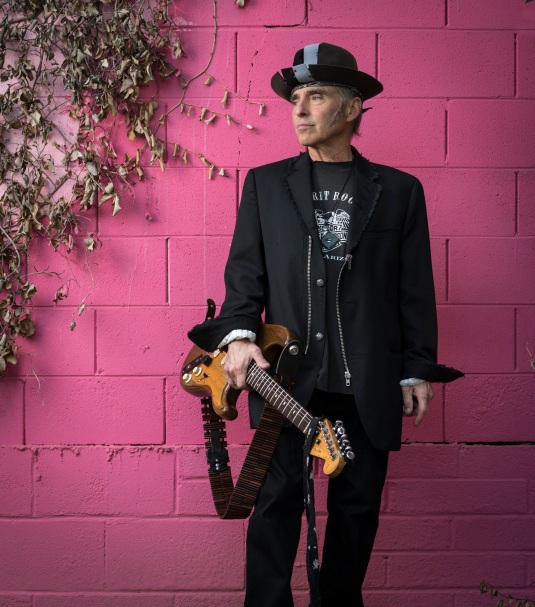 Nils Lofgren, of course, has another pretty high profile gig – as guitarist with Bruce Springsteen’s E Street Band. The unit has been on sabbatical since the Boss did his run of solo dates on his hugely successful Springsteen on Broadway and then put out a solo effort with Western Stars (though he also said in a recent interviews he’s already written the next E Street record). The breather has given Lofgren as well as fellow E Streeters like Little Steven Van Zandt a chance to pursue their own recording and tours, including Van Zandt’s Summer of Sorcery.

Lofgren and Van Zandt are also both active on social media. Earlier this year, they got into a Twitter back-and-forthing with a disgruntled Springsteen fan, upset that the band wasn’t touring (as if that were up to Lofgren and Van Zandt), throwing in a crack about how no one was “getting any younger.” When it’s suggested the guy was…well…an idiot, Lofgren took a surprising turn.

“I don’t see them as idiots. I’m a big fan of dozens and dozens of people – Bruce included. So I don’t begrudge anyone feeling disappointed that we aren’t playing. But if it gets over the top once in awhile, [I’ll try to] respond with a bit of humor. I just don’t get wrapped up in it,” he says.

“Music is there to entertain. There are some bands that I wish would play more. But I know how hard it is to hit the road. I’ve been doing this professionally for 50 years, and music has been my sacred weapon my entire life. I think it’s the greatest gift on the planet. And billions of people look to it as their sacred weapon as well to deal with this mad world we live in. But I get that people are that way about Bruce – ‘When is he touring? What is he doing?’”

But it was an unexpected call from another collaborator has sent Lofgren back into the studio this past spring – Neil Young. Lofgren has played on Young’s classic After the Gold Rush and Tonight’s the Night albums, as well as on the Young-affiliated Crazy Horse group on their 1971 self-titled debut for which he was a full member. He was also with Young on his 1982 Trans tour.

Last year, Young called Lofgren out of the blue from to ask if he would play a handful of already-scheduled dates with Crazy Horse in Canada last year (there’s been no definitive word about what happened with regular Horse guitarist Frank “Poncho” Sampedro). Those shows (with no set setlist) went so well, Young called the trio in to work on a new album. The resulting effort, Colorado, recently came out.

“I’ve hooked up and played with Neil a few times over the years, and playing with [Crazy Horse] again is beautiful,” he says. “To prepare for the shows, we went to Billy’s home in South Dakota in the middle of nowhere on the prairie during the polar vortex, and the three of us just played together for four days. We’re never rusty when we see each other. I mean, it’s been almost 50 years since I walked in on them playing at the Cellar Door!”

A version of this interview originally appeared at HoustonPress.com

I am a passionate fan of classic rock (and related music) with nearly 30 years experience writing about it for daily/weekly newspapers and magazines. I am also the author of "Slippin' Out of Darkness: The Story of WAR." Available on Amazon!
View all posts by Bob Ruggiero →
This entry was posted in Nils Lofgren and tagged Bruce Springsteen, Lou Reed, Neil Young, Nils Lofgren. Bookmark the permalink.